Greg Dubinsky focuses his practice on complex commercial litigation, along with government and regulatory matters. He has represented both plaintiffs and defendants in cases involving contract disputes, antitrust law, and First Amendment issues. The New York Law Journal named Greg a "Rising Star" in 2021, and SuperLawyers has recognized him as a "Rising Star" since 2020.

Greg was a member of an appellate team that recently obtained reversal in the New York First Department of a $250 million judgment entered in a coverage suit brought by J.P. Morgan and Bear Stearns. The First Department held that the terms of the insurance policies at issue and New York public policy bar insurance coverage for amounts an entity pays in disgorgement to the SEC for violations of the securities laws.

Greg has been appointed by multiple U.S. Courts of Appeals to brief and present oral argument. Most recently, Greg secured a reversal in the U.S. Court of Appeals for the Ninth Circuit of the dismissal of three claims, including a claim dismissed at trial, in a civil rights case brought by a former California state prisoner. Greg also argued before the U.S. Court of Appeals for the First Circuit in a case presenting an important First Amendment question: the permissibility of restrictions on the press’s access to criminal jurors’ personal information. The First Circuit’s decision commended him for his “perform[ance].”

He has also been involved in high-profile matters before the U.S. Supreme Court. Justice Kagan quoted the firm’s amicus brief on behalf of a group of state legislators in her concurring opinion, joined by three Justices, in Whitford v. Gill. SCOTUSblog invoked the firm’s amicus brief on behalf of the Brennan Center for Justice in Benisek v. Lamone as an example of a “top” amicus brief that “focuses on whether a particular ruling from the Supreme Court would be administrable or proposes a more manageable standard.”

Before private practice, Greg served as a law clerk to Associate Justice Anthony M. Kennedy of the Supreme Court of the United States. He also clerked for Judge Brett M. Kavanaugh of the U.S. Court of Appeals for the District of Columbia and for Judge Gary S. Feinerman of the U.S. District Court for the Northern District of Illinois. Before joining Holwell Shuster & Goldberg, Greg was an associate at Boies Schiller Flexner LLP. 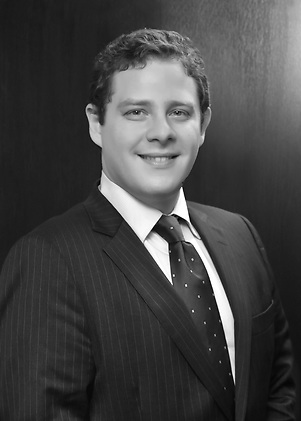