Vincent Levy represents clients at the trial and appellate levels in complex-commercial disputes, bankruptcy- and debt- related litigation, class actions, derivative suits, shareholder demands, and investigatory and regulatory matters. Clients and peers observe that “Vincent Levy ‘can tackle the toughest legal issues and explain them in clear compelling briefs,’” and that he “is ‘just a brilliant attorney.’” The National Law Journal included him on its “Elite Boutique Trailblazer” list in 2018, while the New York Law Journal included him on its inaugural Trailblazer list in 2019 and named him a “Rising Star” in 2017. He has also been included on Benchmark Litigation’s “Under 40 Hot List” in 2017 and 2018, and on Super Lawyers’ “Rising Star” list since 2015.

Vincent has experience advising clients facing or pursuing litigation under, among others, federal securities laws and regulations, antitrust law, state and federal administrative law, state corporate law, state contract and tort law, public and private international law, the Bankruptcy Code, the Securities Investor Protection Act of 1970, and Section 1782. He has defended public companies and their directors in multi-forum litigation, and represented them in complex, multi-party settlements with private or governmental entities. He also has substantial experience representing clients in complex transnational disputes, including in U.S. court proceedings related in foreign litigation or arbitration matters. His clients have included public and private businesses (such as MacAndrews & Forbes, Goldman Sachs, Visa, HP, and TiVo), hedge funds, law firms, public-interest organizations, and individuals (including current and former directors of companies such as Sears and Codere SA).

Vincent has been counsel of record in high-profile matters in the U.S. Supreme Court, having represented politicians, academics, and organizations in cases raising important issues of constitutional, administrative, and statutory law. Justice Kagan quoted the firm’s amicus brief on behalf of a bipartisan group of 65 legislators in her dissenting opinion in Rucho v. Common Cause as well as her separate opinion in Whitford v. Gill, while SCOTUSblog singled out the firm’s amicus brief on behalf of the Brennan Center in Benisek v. Lamone as a worthy example of an “‘impact’ brief that . . . focuses on whether a particular ruling from the Supreme Court would be administrable or proposes a more manageable alternative.”

Vincent maintains an active pro bono practice. Among other things, he led a team of HSG lawyers that secured the first injunction against the second iteration of President Trump’s travel ban on behalf of an asylee in Wisconsin seeking derivative-asylum status for his wife and young child.

Vincent served as a law clerk to Justice Ruth Bader Ginsburg of the U.S. Supreme Court and to then-Chief Judge Douglas H. Ginsburg of the D.C. Circuit. Before joining Holwell Shuster & Goldberg, Vincent was a litigation associate at Wachtell, Lipton, Rosen & Katz. He received his law degree from Columbia Law School where he was awarded the John Ordronaux Prize for the highest grade-point average in his graduating class. He has also studied and taught mathematical economics at the London School of Economics. 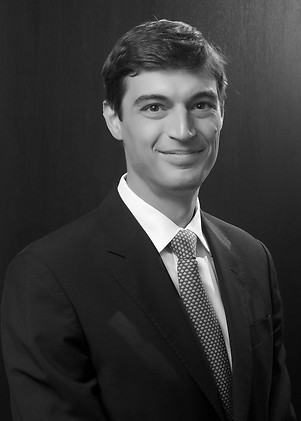 London School of Economics and Political Science (M.Sc. with distinction in Econometrics and Mathematical Economics, 2004)