Dwight Healy has over 35 years of experience as a trial and appellate lawyer representing clients in complex commercial and corporate litigation, and in arbitration matters. Dwight's clients have included numerous financial services providers, private-sector participants in a range of other industries, and domestic and foreign governmental entities.

He has prosecuted and defended civil actions under the federal securities laws, the Racketeer Influenced and Corrupt Organizations Act (RICO), various state business organizations statutes, and a broad array of state common law and statutory theories. He has represented creditors in bankruptcy litigation, defended banks in lender liability actions, and represented clients in civil antitrust actions and investigations. He has also appeared for governmental and private parties in litigation arising from foreign debt restructurings, including cases involving the application of the Foreign Sovereign Immunities Act (FSIA). Dwight has extensive experience in representing international banks with New York branches in connection with pre- and post-judgment creditor enforcement process, and has appeared for banks and leading bank trade associations in actions in the state and federal district courts in New York, the U.S. Court of Appeals for the Second Circuit, and New York Court of Appeals concerning, among other things, the continued viability of the separate entity rule.

In addition to his commercial practice, Dwight has represented public and private entities in Native American land claim and related litigation that have resulted in groundbreaking decisions on Native American land claim law by the Supreme Court and Second Circuit. He has also prosecuted and defended litigation and arbitration claims in connection with the Indian Gaming Regulatory Act (IGRA).

Prior to joining Holwell Shuster & Goldberg, Dwight served as a partner at White & Case LLP. He is a member of the American Bar Association and the New York City Bar Association. 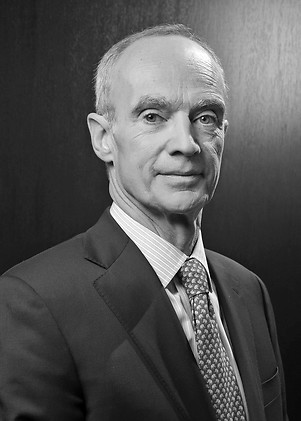