Kevin Benish has extensive experience working on matters involving transnational litigation, civil procedure, antitrust, international arbitration, and matters of constitutional law. Among other things, Kevin regularly litigates cases under the Foreign Sovereign Immunities Act and assists clients seeking evidence in aid of foreign proceedings pursuant to 28 U.S.C. § 1782. Kevin has successfully argued cases in both state and federal courts and has co-authored briefs at every level of the federal judiciary, including an amicus brief that was cited by the United States Supreme Court in two separate cases. From 2020 to 2021, Kevin clerked for Judge Susan L. Carney of the U.S. Court of Appeals for the Second Circuit.

In addition to practicing law, Kevin serves as an adjunct professor at the New York University School of Law, where he co-teaches the school’s International Litigation and Arbitration course. He writes about issues such as jurisdiction, procedure, sovereign immunity, and data privacy, and has been invited to speak on these topics throughout the United States and abroad. Kevin is also a member of the American Society of International Law.

Kevin maintains an active pro bono practice, often representing individuals seeking asylum in the United States. Among other successes, Kevin was part of a team of HSG lawyers that secured the first injunction against the second iteration of President Trump’s Muslim Ban on behalf of a Syrian asylee in Wisconsin who sought derivative-asylum status for his wife and young child. 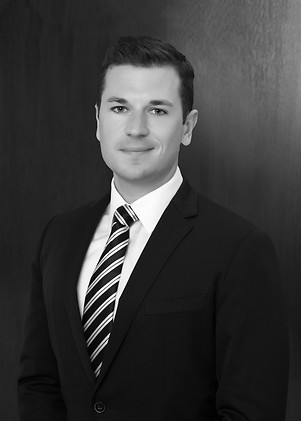