Andrei Vrabie advises corporate, sovereign, and individual clients on a wide variety of complex disputes, including white collar defense, internal investigations, international arbitration, antitrust, employment, and general commercial litigation matters. He has extensive experience negotiating with the U.S. Department of Justice on behalf of his sovereign and corporate clients, as well as representing international fund managers and asset securitization trustees in complex civil litigation in both federal and state courts.

Parallel to his role at Holwell Shuster & Goldberg, Andrei serves as general counsel for a New York venture capital firm specializing in early stage enterprise investments—a position that makes him attuned to the needs of in-house counsel, particularly for HSG’s investment fund clients.

Andrei maintains an active pro bono practice and was named Empire State Counsel by the New York State Bar Association in recognition of his work. Early in his career at HSG, Andrei helped secure the first injunction against the second iteration of President Trump’s travel ban on behalf of an asylee seeking derivative-asylum status for his wife and young child—Andrei’s client is now reunited with his family and building a new life in the U.S. Andrei’s current pro bono work focuses on the intersection between U.S. national security laws and the civil liberties and constitutional rights accorded to religious minorities under U.S. law.

Andrei joined HSG after serving as a law clerk to the Hon. Robert W. Sweet of the United States District Court for the Southern District of New York. Before joining HSG, Andrei was an associate at Shearman & Sterling LLP, where he served as a member of the editorial board of the firm’s Foreign Corrupt Practices Act Digest publication.

While at Columbia University School of Law, Andrei interned for the Hon. Richard J. Sullivan of the United States District Court for the Southern District of New York, for the Hon. Donald C. Pogue of the United States Court of International Trade, and at the U.S. Attorney’s Office for the Southern District of New York. Prior to law school, Andrei worked in management consulting at Deloitte Consulting LLP and at the United Nations Development Programme. Andrei is proficient in Romanian, Russian, and Italian. 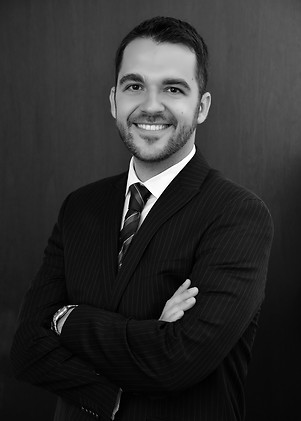