Brendon DeMay advises finance, technology, retail, and media clients in contractual, securities, and antitrust matters in federal and state court litigation and arbitrations. He also has significant experience in private litigation and government investigations into insider trading and securities fraud. He currently represents investors and bank trustees in RMBS repurchase litigations and serves as plaintiffs’ liaison counsel in dozens of coordinated actions. Brendon recently briefed, argued, and won an appeal in two RMBS matters, obtaining a reversal of the trial court’s dismissal and reviving claims worth hundreds of millions of dollars. As a member of the trial team in the Lehman Brothers RMBS bankruptcy dispute, he helped obtain a $2.4 billion verdict for investors. He also represented PetSmart in a covenants dispute with lenders regarding $8 billion in debt obligations. In his past pro bono work, he has represented indigent parties in appellate, housing, and family law matters. He has been recognized as a top litigator under 40 by Benchmark Litigation.

Prior to joining Holwell Shuster & Goldberg, Brendon was a litigation associate at Cravath, Swaine & Moore LLP and clerked for Chief Judge Vaughn R. Walker of the United States District Court for the Northern District of California. Before becoming a lawyer, Brendon appeared in numerous professional productions as an actor and was nominated for a Joseph Jefferson Citation for Best Actor. 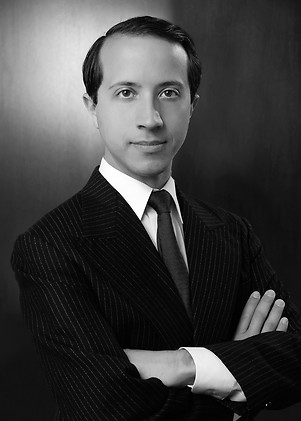