Dan Goldberg brings 25 years of experience and a deep knowledge of the hedge fund, banking, and retail industries to a trial practice focused on disputes relating to commercial contracts, financial instruments, business torts, bankruptcy, and commercial leases. His engagements, including the representation of Royal Bank of Canada in connection with the Enron bankruptcy and securities class action litigation arising from it, have taken him to trial and appellate courts throughout the nation. His work has resulted in numerous published opinions on commercial law issues, both at the federal and state court levels. Dan regularly is engaged to parachute into cases for purposes of trial or other critical phases, and to take on matters presenting particularly novel and difficult issues. Embodying Holwell Shuster & Goldberg’s commitment to courtroom prowess, on the very first day of the firm’s founding, Dan argued a summary judgment motion in an insurance broker malpractice case, and two months later was lead counsel in a trial in the Delaware Court of Chancery on behalf of a hedge fund in a breach of fiduciary duty case. Dan also regularly consults on law firm governance issues as well as fee arrangements. Most recently, Dan testified as an expert for the agent bank in the Puerto Rico bankruptcy on the appropriate reserve to be held back from the Plan distribution for litigation costs to defend claims asserted by members of the lender group.

Dan was named one of 30 Litigation Trailblazers by The National Law Journal in 2018. He has also been recognized by New York Super Lawyers (2010-20) as being among the top 5% of business litigators in New York, and by Benchmark Litigation as a Litigation Star, and has been elected as a lifetime Fellow of the American Bar Foundation. Before founding Holwell Shuster & Goldberg, Dan was a litigation partner at White & Case, and then at Kasowitz, Benson, Torres & Friedman.

He is a Past Secretary to the Committee on Second Circuit Courts for the Federal Bar Council. An avid sailor, Dan currently sits on the Board of Directors of Hudson River Community Sailing, a charitable organization that helps underserved New York City youth become leaders and achieve academic success through sailing education. 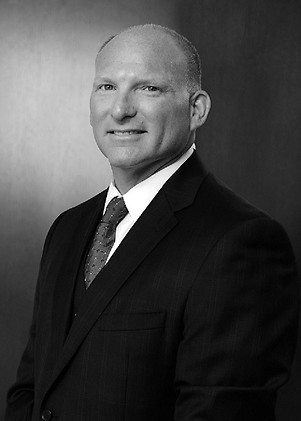