Neil Lieberman has a broad-based litigation practice representing financial institutions and other clients in commercial disputes before state and federal courts, including contract, securities, bankruptcy, labor, and ERISA matters. Neil also has represented financial institutions and individuals in wide-ranging investigations by federal and state regulators, including the Department of Justice, Securities and Exchange Commission, and the New York Attorney General, and has advised on related internal investigations. Neil was recently named an Elite Boutique Trailblazer by The National Law Journal, and has been recognized by Benchmark Litigation and New York Metro Super Lawyers for several years.

Neil represents investors and bank trustees in RMBS repurchase litigation and was a member of the trial team that obtained a verdict of $2.4 billion from the Lehman estate. He also obtained summary judgment in favor of Freddie Mac in a CMBS dispute over the allocation of proceeds from the $5.3 billion sale of Stuyvesant Town—Peter Cooper Village, the largest multifamily housing project in New York City, which order was recently affirmed by the Second Circuit.

Neil also represents investors in distressed debt and fund litigation, including lenders that successfully challenged a novel “uptiering’ debt restructuring by Serta Simmons Bedding LLC and holders of defaulted Argentine debt s settling plaintiffs in the Southern District of New York and the Second Circuit, in support of the Republic of Argentina’s contested effort to lift the pari passu injunction that “holdout” bondholders had obtained against Argentina in the wake of its default.

In his pro bono practice, Neil recently was co-trial counsel in a bench trial challenging the State of Arkansas methods of electing appellate judges under Section 2 of the Voting Rights Act, and works with the International Refugee Assistance Program to provide comprehensive legal services to an Iraqi refugee seeking resettlement in the United States.

Before joining Holwell Shuster & Goldberg, Neil was a litigation associate at Paul, Weiss, Rifkind, Wharton & Garrison LLP. Before his legal career, he was a certified public accountant and worked with “Big Four” public accounting firms and multinational companies for more than 10 years on issues relating to financial reporting, international tax, and regulatory compliance. 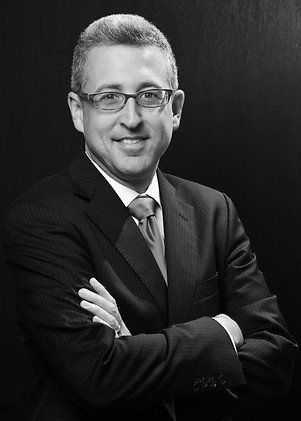