Benjamin Heidlage’s broad-based practice has given him experience in a range of complex commercial litigation matters, representing both individuals and corporations in contract, insurance, securities, antitrust, and environmental disputes in state and federal courts and arbitral tribunals. Benjamin has extensive experience representing banks as trustees or securities administrators in various RMBS putback matters in state and federal courts, including as a member of the team representing the trustees as a lead trial counsel in the Lehman bankruptcy. Benjamin’s recent matters include representing Chubb in insurance coverage disputes, including nationwide disputes related to the opioid crisis; Travelport and Petsmart in multibillion-dollar disputes with their respective lenders challenging certain liability management transactions; a government-owned investment fund AIMCo, in a series of cases against life insurers concerning improper Cost of Insurance rate increases; and a MacAndrews & Forbes company in a massive antitrust claim against News Corp. in one of the first civil jury trials post-COVID shutdown.

Benjamin has represented clients in the media, financial, and technology sectors in antitrust matters pending in foreign and domestic tribunals and represented a client at trial and on appeal in a case involving one of the largest CERCLA sites in the country. Benjamin has played a significant role in corporate governance matters including, multiple shareholder disputes brought in connection with mergers and acquisitions, litigating issues including the fiduciary duties of company directors and officers and required disclosures. His pro bono work, among other things, has involved various immigration matters.

Benjamin was named an Elite Boutique Trailblazer by The National Law Journal in 2022 and has been recognized on Benchmark Litigation’s 40 & Under Hot List since 2018. He has also been recognized as a Rising Star by New York Metro Super Lawyers since 2015.

Before joining Holwell Shuster & Goldberg, Benjamin was an associate at Cravath, Swaine & Moore LLP, and clerked for the Hon. Patrick Higginbotham of the United States Court of Appeals for the Fifth Circuit. Benjamin is a member of the Litigation Committee of the New York City Bar Association. 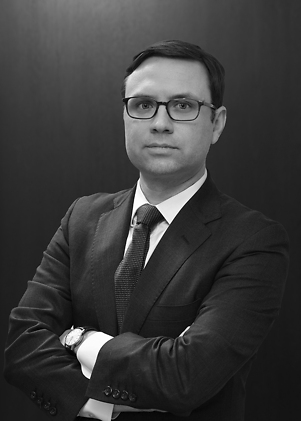