Jayme Jonat represents clients in high-stakes commercial litigations, often touching on securities- and antitrust-related issues. She has been involved in numerous large-scale litigation efforts that, in addition to their considerable monetary stakes, have tested new legal theories and affected business practices across entire industries.

Jayme has significant experience in class actions, having defended global financial institutions against class claims of securities fraud, as well as Visa against class and individual antitrust claims brought by many of the world’s largest retailers. She has also devoted substantial time to managing internal investigations for financial institutions and other clients.

Given the size of her clients and the scope of their business activities, many of her matters have international components. In addition to advising on FCPA matters, Jayme has litigated multiple disputes arising from corporate transactions with cross-border implications.

Equally comfortable representing plaintiffs and defendants, she has led multiple boundary-pushing cases. Her critical work in a Cost of Insurance case placed her at the forefront of a new wave of litigation against the life insurance industry. She also represents female pilots and flight attendants of Frontier Airlines in cutting-edge workplace discrimination cases, alleging that the airline’s policies toward pregnant and breast-feeding employees violate the Civil Rights Act.

That civil rights action is just one component of Jayme’s active pro bono practice. She has contributed her time to a number of diverse civil and criminal matters, including the successful appeal of a client’s felony conviction that resulted in his release from state prison.

Jayme received Crain’s New York Business’ Notable Women in Law award and has been named a Litigation Trailblazer by The National Law Journal. She has also been recognized on Benchmark Litigation’s 40 & Under Hot List, Euromoney’s Rising Stars – Best in Litigation shortlist, and Profiles in Diversity Journal’s Women Worth Watching list. Prior to joining Holwell Shuster & Goldberg, she was a litigation associate at Davis Polk & Wardwell LLP and clerked for the Honorable Arthur D. Spatt of the United States District Court for the Eastern District of New York. 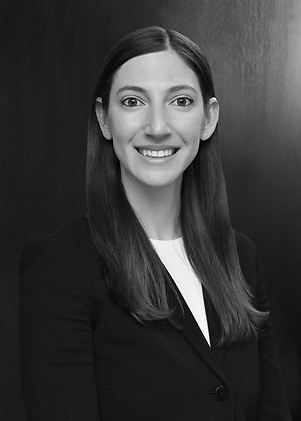